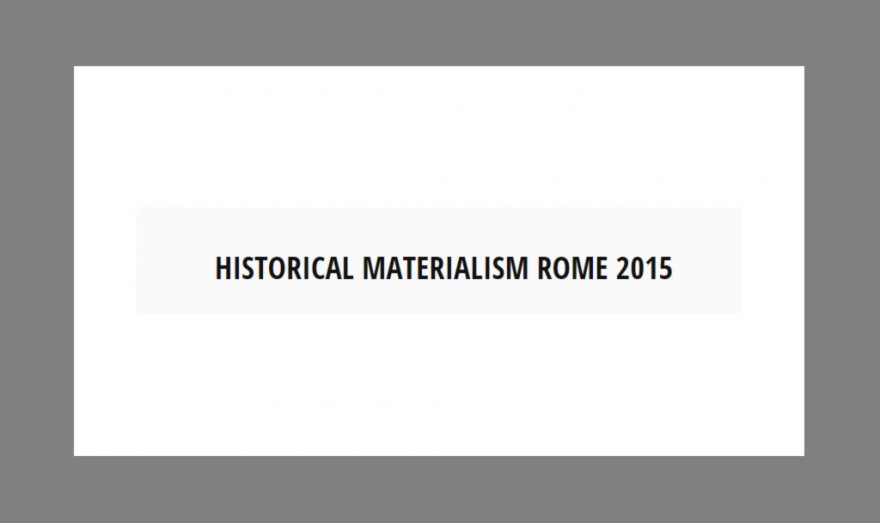 Two hundreds years after the Vienna Congress, a new strategy of restoration has imposed itself at the core of Europe. The process of reorganization of class power, which started in the 1970s, has stabilised after the 2007-2008 crisis on the basis of austerity policies, the dismantling of workers’ rights and the welfare state , the contraction of democratic space, and punitive restrictions on the right to protest. We know the 1815 restoration was a reaction to the revolutionary conquests of 1789; can we say something analogous about this new restoration? Does this latter amount merely to a response to the attack launched by the subaltern classes in the ’60 -’70? Can we define neoliberalism, as David Harvey suggests, as the ‘restoration of class power?’.

What deserves further exploration is the extent to which neoliberal restoration has acquired the offensive and constitutive dynamic traditionally linked to the concept of ‘revolution’. The interrelation between restoration and revolution emerges, in part, from the composition, nature and unfolding of the struggles that characterize our times: urban movements claim ing a ‘right to the city’, border conflicts, migrant struggles, the constellation of Arab ‘springs’, independent and conflictual trade unionism, experiments in workers’ self-management, feminist, queer and decolonial movements, rural, indigenous and environmental struggles.

Can these new struggles contrast the neoliberal manipulation of those democratic forms that emerged from the post-war compromise between labour and capital, and between direct and representative democracy? Can new subjectivities, new rights from below, new institutions offer any foothold for detaching the idea of ‘revolution’ from its absorption by the mechanism of ‘restoration’? Within this complex and stratified framework, it is crucial to take-up the traditions of Marxist theory – from the in-depth analysis of Bonapartism by Marx and Engels to Workerism, passing through Gramsci and the reflections on the appropriation and subordination of anti-colonial movements – that have distinguished themselves by their capacity to interrogate the deep connection between revolution and restoration in the history of the capitalist social totality.

Separate calls go out for the following streams:
Marxism and Philosophy: The Italian Debate and its International Effects
New World Disorder: Crisis, Conflicts and Transformations of Class Struggles
Powers, Organizational forms, New Institutions
The Right to the City